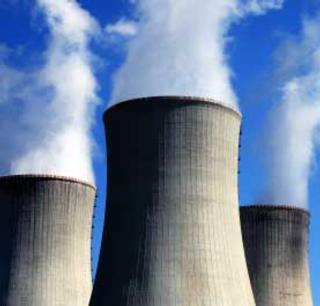 Nuclear energy is not clean, cheap or safe

The president is promoting federal loan guarantees to build two new nuclear power plants at a cost of $8.3 billion. Over the last decade, the nuclear industry has spent more than $600 million lobbying the federal government and another $63 million in federal campaign contributions. To advance its cause, the nuclear industry is taking a new tack: the need for jobs and concerns about global warming.

But the nuclear disaster at Japan’s Fukushima Daiichi plant reminds us of the many reasons that citizens have been successfully opposing reliance on nuclear energy since the 1970s.

There is the waste issue. Nuclear power generates radioactive waste that is a threat to everyone for centuries to come. There is no repository for the waste and no plan to dispose of it. Two decades and billions of taxpayer dollars later, a proposed Yucca Mountain repository in Nevada is not accepting waste. The cost to taxpayers for resolving this industry problem, if we ever can, will be massive.

There is the production issue. Mining uranium is a dirty business that has resulted in many sick and dying miners and polluted communities. Mined uranium must be processed into fuel — another hazardous and expensive activity.

There is the bottom line. Nuclear power is not cheap. It has always required huge taxpayer and ratepayer subsidies. Before this round of government loan guarantees were proposed, private investors were not interested in part because power generated by nuclear plants is not competitive: It costs 30 to 35 percent more than power produced from coal or natural gas plants.

There is the legal liability. The Heritage Foundation, Cato Institute and the National Taxpayers Union have questioned whether it is fiscally responsible for the government to guarantee loans on privately owned nuclear power plants.

There is also the danger factor. In 2005, the National Academy of Sciences noted that “successful terrorist attacks on spent fuel pools, though difficult, are possible,” and that such an attack “could result in the release of large amounts of radioactive material.”

Even without terrorism, plants release radiation. Tritium is a radioactive isotope of hydrogen generated in nuclear power reactors and released into the water and air — it cannot be filtered and has a half-life of 12.3 years, which means it will be dangerous for at least 120 years.

Every nuclear reactor releases tritium as a part of its routine operation and not just as the result of accidental leaks or spills. No feasible technology exists that can remove tritium from a reactor’s waste water or from the reactor’s steam releases into the air. The National Academy of Sciences says there is no safe radiation dose: Even the smallest amount of tritium can have negative health impacts.

Nuclear power advocates argue that to reduce carbon emissions that cause global warming we must turn to nuclear power. But the carbon footprint of nuclear power is not small because all phases of producing it must be considered. Mining and processing uranium, the construction of a massive infrastructure, waste disposal and monitoring systems wreck havoc on the environment.

The New York Times reported Tuesday that radiation reached around 20 times normal levels in Tokyo and the emergency at Japan’s Fukushima No. 1 nuclear plant is a six on a seven-point international scale, making it worse than the 1979 accident at Three Mile Island, which rated five. The 1986 Chernobyl disaster in Ukraine rated seven and the area is still contaminated by cesium 137 25 years after that meltdown.

The vision that nuclear power would be too cheap to meter has proven, in light of experience, to be fraudulent. Radioactive waste storage problems and expense, numerous reactor and waste transport accidents, decommissioning costs, increased risks to humans from exposure to radioactivity and the resultant cost to all of us, environmentally and monetarily demonstrate otherwise.

It is time for citizens to say enough is enough — nuclear energy is not cheap, clean or safe. It is costly and hazardous to us, our environment and future generations.

Go to beyondnuclear.org for more information.

Charlene LaVoie is the community lawyer in Winsted.