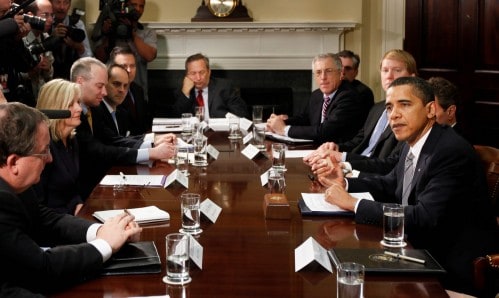 Obama Administration To Select and Target Citizens to be Killed

On July 4th, as you lit up your fireworks and sat down for a barbeque with your family, did the legacy of the holiday cross your mind?  July 4th, 1776, the Founding Fathers signed the Declaration of Independence, instituting a set of rights that we take for granted.  Included in these rights is the basic presumption of innocence until guilt is proven, and the more basic guarantee of freedom of expression.

The Obama administration is employing widespread use of drone attacks in the so-called “war on terrorism”.  These drones are touted as another increase in security, another means of protecting citizens.  But wait! The Obama administration is selecting citizens to be killed.  On May 29, 2012, The New York Times published an unusually outspoken criticism of Obama’s secretive “kill list,” exposing a shocking practice in America’s “war on terrorism”.

Obama has taken the unprecedented step of overseeing the authorization of possible killings or detentions to be more closely connected to the daily event of the war.  But this has led to the prioritization of drone attacks in US counterterrorism efforts.  Considering the ambiguities surrounding the President’s power to bend the Constitution and our rights at his will , we should be concerned.

The National Defense Authorization Act of 2012 allows President Obama to detain any person “who was part of or substantially supported Al-Qaida, the Taliban, or associated forces that are engaged in hostilities against the United States or its coalition partners,” or anyone who commits a “belligerent act” against the United states or its partners in aid of such forces “without trial, until the end of the hostilities.”  This includes United States citizens.

The administration officially maintains a policy of detaining first and killing only out of necessity.  In reality, targets are often killed and without Constitutionally granted due process.

Anwar al-Awlaki was a United States citizen living in Yemen. He was killed by a United States government drone attack on September 30, 2011. Two weeks later his 16-year old son, also a US citizen was killed in a CIA drone attack in Yemen.  In April and May, 14 drone strikes occurred in Yemen and 6 in Pakistan, leaving little to no chance of survival.  If suspects are captured they’ll be sent to a detention facility like Guantánamo Bay with 169 prisoners, nearly half of whom have been cleared but who have little chance of ever being released.

President Obama promised to close Guantánamo Bay.  Once in office he politically maneuvered and manipulated legislation, allowing the facilities to remain open and keep their prisoners. All without any public backlash.  Where is due process for these detainees?

In addition to the ambiguous and subjective process behind selecting targets for killings there are often unreported collateral killings accepted as inevitabilities.  Loose definitions of targets allow the government to claim that every man in a designated area killed by one of our drones is a “combatant” and that women and children killed are done so inevitably, and therefore not reason enough to cancel a strike, the justification being that Al-Qaida is an insular group and that anyone associated with them must be an enemy terrorist.

This policy sets a precedent for unmanned drones to be sent into foreign countries, including the United Stated.  When drone warfare becomes the norm for not only US foreign policy but for other countries, we will wish the President had considered more just and humane standards for deploying lethal drones.

What’s worse is that this policy is touted as protecting our rights! People being targeting by drones, US citizens included, are being denied due process of law – the right to a fair trial.  This a clear disregard of the Constitution upon which we have built our democracy and which separates the United States from other countries.

Consider this: every week (known as “Terror Tuesdays” by some participants), President Obama and his administration officials consider and select targets, United States citizens included, to be killed remotely, without trial or even notice (without knowledge of targets’ names, in some cases) by the government.

Though Independence Day 2012 has come and gone, we would do well to consider the principles and basic rights our nation was founded upon and how these rights are being upheld for all United States citizens today.

Contact the President and your Congressmen to object to this un-Constitutional action.

The writers are interns with the Office of the Community Lawyer in Winsted, which is funded by The Shafeek Nader Trust for the Community Interest.  Sage Hahn, from Colebrook, is a sophomore at Brandeis University.  Sam Reynolds, from Canton, is a junior at Wake Forest University.