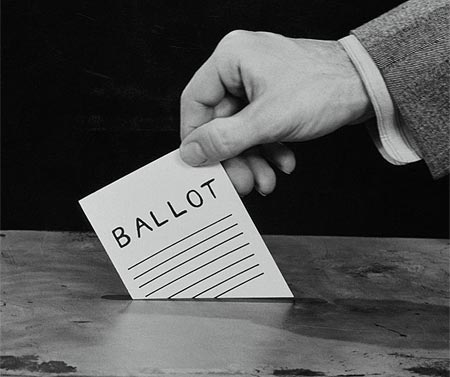 The 2013 local election results are final and the numbers are revealing. The turnout was 36 percent, or 2,512 voters, out of 6,853 — 5 percent higher than 2011. Fifteen people took advantage of the new law allowing registration on voting day.

The majority of voters, or 61 percent, did not support the Republican candidates who won this election. This is an unusual result. Over the past 12 election cycles, the winning party has never carried less than 40 percent of the votes. In fact, the winning party in seven elections had 50 percent or more, two had 46 percent or more, one had 44 percent. Only one had 41 percent (1993).

This is the first time a party has won with less than 40 percent voter support.

In politics, the term “mandate” is often used to denote an overwhelming approval of voters for a politician, political party, or a new proposition. Given that a hefty majority of voters did not support the Republicans, the new mayor’s statement in the press that, “Everyone put their trust in the five Republicans and voted to have a super majority” is not quite accurate. The question remains whether the Republican majority behaves as though it has a mandate.

In terms of platform promises there was only one substantive campaign issue. Without knowing all the specifics, the Republicans campaigned on a combination of the Grant Anticipation Note (GAN) and a 3 mill supplemental tax and received support from 39 percent of the voters for this solution. The candidates that did not support a supplemental tax, unless absolutely necessary or not at all, received 61 percent of the votes.

The new Republican selectmen have already suggested that they will impose a supplemental tax without voter input (despite the shouting protest of one Republican supporter at a selectmen’s meeting last month that he would not pay a supplemental tax, and would encourage others not to pay it, unless it was voted on by the people at a referendum).

The two approaches to addressing the financial issues have different consequences. The supplemental tax makes it administratively easier on the town hall staff and shifts the burden to taxpayers to come up with all the money necessary to immediately pay outstanding bills. Whether 3 mills is enough to solve the problem or another supplemental tax will be necessary next year is unclear.

The slower method of anticipation notes, appropriate budgeting and careful balancing of the finances over the next three budget cycles is more administrative work for town hall. But this approach lets taxpayers plan financially and is a less immediate out of pocket burden.

In any event, it is certainly true that elections have consequences. Stay tuned.