Home Civic Beat What about the commons? 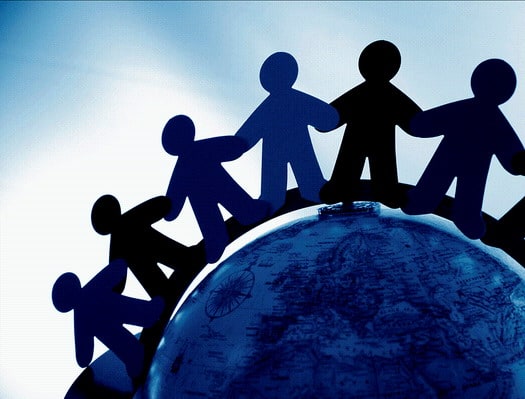 What about the commons?

Next Thursday, April 28, at Northwestern Connecticut Community College, author and activist David Bollier, the co-founder of the Commons Strategy Group, which advocates the commons as a focus for economics, politics and culture, will talk about “The Theft of Our Common Wealth and the Rising International Commons Movement.”

Bollier encourages us to see the world in a new way and to realize that many things belong to everyone — the Internet, water, human knowledge.

The commons is “what we share,” a wealth of assets that belong to everyone. These range from clean air to wildlife preserves; from the judicial system to the Internet. Some are natural; others are the product of human activity.

Historically the commons has fostered democratic, cultural, technological, medical, economic and humanitarian advances. It is self-evident that anyone can use the commons and that no one has the right to use it all. This is the reason that natural resources need to be managed. Many other forms of the commons are freely available. In essence, the commons is a sharing among all humans.

But the commons is under assault as the market economy has become the measure of the worth of everything. As more portions of the commons are swallowed up as private property, from ecosystems to scientific knowledge to public services, they are diverted into the pockets of the rich and powerful.

An example of such a diversion is prescription drugs. The development of many drugs is significantly funded by taxpayers. But the exclusive right to sell and profit from these drugs is given to drug companies with almost nothing asked in return. So we pay twice: to help develop and then to purchase these drugs.

Another absurd example is yoga positions. Centuries of practice has resulted in yoga poses and techniques that are part of the tradition — for everyone to use. In 1978, an Indian yogi in Beverly Hills copyrighted certain long-used yoga poses and sequences as his own invention and named it Bikram Yoga. He now threatens other yoga studios teaching these techniques with lawsuits.

Some people are aware of what is being diverted: neighbors working to keep their library open; environmentalists fighting the draining of wetlands and the dumping of toxic waste in poor neighborhoods; digital activists challenging corporate plans to limit access to information; people worldwide asserting that water is a commons that cannot be sold, depleted or controlled by anyone; social entrepreneurs and software engineers seeking new mechanisms for sharing ideas; local activists protecting open space by setting up land trusts — a form of community ownership distinct from both private property and government management.

These kinds of efforts extend the meaning of the commons beyond something you own to a bigger idea: how we live together.

In the book, “All That We Share,” author Jay Walljasper reports that many don’t think of themselves as commons activists and don’t even know the term.

The director of Milwaukee’s public access TV said, “I thought the commons was for people like Greenpeace, an environmental cause. But I understand now that I have been advocating for the commons for 20 years. We’re advocating to ensure that people have a voice in the broadcasting media. We’re all a part of something bigger.”

Bollier, one of the leading theorists of the commons on the international stage, defines it as a social dynamic: “A commons arises whenever a given community decides it wishes to manage a resource in a collective manner, with special regard for equitable access, use and sustainability. It is a social form that has long lived in the shadows of our market culture, and now is on the rise.”

But many people accept the market mentality so fully that they think any cooperative action is doomed to fail. They have lost the ability to even think of working together. The market economy brings many benefits, but it is also like a runaway truck: There is no internal mechanism that stops it from depleting the commons that sustain it.

Some of the glimmer of the market economy has tarnished by the bursting of the global financial bubble, creating both an opening and a need for different ways of living. More people are taking steps toward a commons-based society — a world in which the focus on competition can be balanced with new attitudes and social structures that foster cooperation.

On this 41st anniversary of Earth Day, let’s remember that before 1970 there was little talk about ecology or the greening of anything. At the same time, there was concern about air pollution, pesticides, litter, diminishing wilderness, declining wildlife populations, toxic substances oozing into rivers, lead paint poisoning kids, suburbia and sprawl swallowing up the countryside, mountains of trash piling up in landfills and unsustainable farming practices ravaging the land.

The commons offers the promise of uniting people concerned about the common good in many forms into a new kind of movement that reshapes how people think about the nature of ownership and how we solve problems collaboratively.

David Bollier will be at Northwestern Connecticut Community College’s Founders Hall Thursday, April 28, at 7 p.m. Read more about the commons at www.bollier.org and www.onthecommons.org.