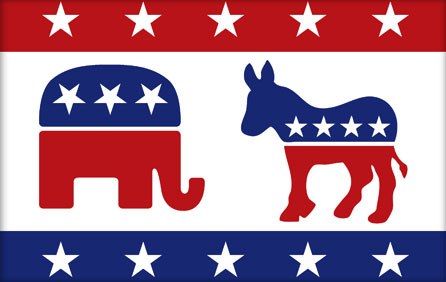 According to a national survey conducted during the 2012 election by Richard Fox, a professor of political science at Loyola Marymount University, and Jennifer Lawless, professor of government at American University, only 11 percent of American college and high school students reported they might want to run for political office someday. Given several leadership positions to choose from, including business executive and school principal, these same students reported that serving as a mayor, or as a member of congress, were the least desirable. The survey assumes public office is part of political career instead of part-time pursuit. Even more revealing from the survey is that 85 percent of our young adult population said they don’t think elected officials want to help people.

The survey recorded the political attitudes and career goals of more than 4,200 high school and college students from around the country. The views of young adults reveal how our fractured political present is spelling long-term change for our political future.

This negativity among young people does not reflect a lack of civic mindedness. The millennial generation actually beats out all others in community service. The National Conference on Citizenship reported in 2009 that millennials have a 43 percent service rate, compared to a 35 percent rate for baby boomers. Young people care about their communities and their views towards politics are not reflective of apathy, but of our gridlocked political system. Witnessing the stalemate in current affairs, the next generation of leaders no longer sees political office as an efficient or effective vehicle for change.

This group also receives little encouragement. Three out of four surveyed students said their parents had not encouraged them to pursue a career in politics. Only 12 percent reported they received encouragement from a teacher. Also, the behavior of current officials makes many young people disillusioned, as 79 percent of students claim that politicians are neither smart nor hardworking.

Perceptions and messy politics are responsible for the potential “brain drain” in Washington, as the best and brightest of the next generation turn away from public office.

The good news is that millennials are willing to serve. The bad news is they aren’t interested in political careers and many of the 500,000 elected positions in the United States are opening up as baby boomers retire. This makes our future uncertain. Are we headed towards social catastrophe, and a new era of political incompetence? Or will this service-oriented generation redefine the role of a politician in a way that pulls top-tier leaders into office?

The characteristics of this generation make the latter more likely. Millennials may have developed a reputation as pampered, self-absorbed technology-addicts on the one hand, but they are also innovative, non-prejudicial and respectful of authority. In short, they don’t have the brashness or apathy to let the government go down the tubes. They do, however, have the creativity and tools to radically reinvent it in a way that works for them.

According to Morley Winograd and Michael Hais, sociologists, and authors of “Millennial Momentum: How a New Generation is Remaking America,” the millennials have the potential to be the next great “civic generation.” It seems to be about every eight decades that a group comes along and redefines the political culture. Dissatisfied with the conditions of their time, past “great” generations have fought for social justice and boldly rejected the status quo.

Think about the founding fathers and the generation that won World War II. Growing up in a country embroiled in two wars, and facing uncertain economic times, the millennials have witnessed the inability of current leadership to effectively address problems. This makes young people dismissive of politics on the one hand, but it also incites the best and brightest to create a system that works.

Once millennials inherit government, it’s unlikely that our current political parties will survive unchanged. Neither the GOP nor the Democrats have a grip on the youth vote, and there is already evidence that our two-party system is in a death spiral.

Forty-five percent of millennials described themselves as unaffiliated in 2013, a 6 percent increase in just five years. Winograd and Hais believe the next generation of leaders won’t choose between liberalism and conservatism. They will instead opt for “consensus and customization.” Seeing the inefficiencies brought on by obstinate bickering between parties, millennials are likely to create new organizations, founded on collaboration and service, instead of inflexible ideologies. Divorced from the trench-warfare politics of the extreme right and left, public office becomes more appealing.

This generation also has many tools to influence policy, inside and outside of elected positions. Social media has given vast momentum to political movements around the world, and has proven its worth as a tool to organize citizens, (eg: Tahrir Square).

There’s no telling how far millennials will go in integrating technology and government. Nicco Mele, an Adjunct Lecturer in Public Policy at Harvard’s Kennedy School of Government, and author of “The End of Big: How the Internet Makes David the New Goliath,” foresees a future in which government becomes little more than a platform, facilitated by technology, off of which groups of citizens can start projects and coordinate services.

Whether millennials will ever abandon the 20th century model of government to this extent is difficult to predict, but we can be certain that the politician of the future will not resemble our own. Millennial leaders will be more globally-minded and forward thinking than ever before. They will be collaborative and technologically-savvy. Most importantly, they will create a government that makes sense for the time they live in.

Selena West is an intern at the Office of the Community Lawyer. She graduated as salutatorian from The Gilbert School this year and is attending New York University in the fall.