Home The Winsted Journal Reflecting on a president’s message 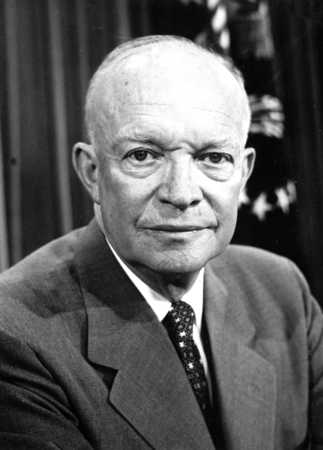 Reflecting on a president’s message

Posted By: Selena Weston: May 05, 2010In: The Winsted JournalNo Comments
Print Email

“Down the long lane of the history yet to be written, America knows that this world of ours, ever growing smaller, must avoid becoming a community of dreadful fear and hate, and be, instead, a proud confederation of mutual trust and respect â€¦ Disarmament, with mutual honor and confidence, is a continuing imperative. Together we must learn how to compose differences, not with arms, but with intellect and decent purpose.”

Dwight D. Eisenhower spoke these words in his Farewell Address on Jan. 17, 1961. With the recent celebration of President’s Day, it is appropriate to reflect on the modernity and relevance of Eisenhower’s message.

The part of the Farewell Address that is more familiar to many is Eisenhower’s warning that:

“In the councils of government, we must guard against the acquisition of unwarranted influence, whether sought or unsought, by the military-industrial complex. The potential for the disastrous rise of misplaced power exists and will persist.

“We must never let the weight of this combination endanger our liberties or democratic processes. We should take nothing for granted. Only an alert and knowledgeable citizenry can compel the proper meshing of the huge industrial and military machinery of defense with our peaceful methods and goals, so that security and liberty may prosper together.

“Until the latest of our world conflicts, the United States had no armaments industry. American makers of plowshares could, with time and as required, make swords as well. But we can no longer risk emergency improvisation of national defense. We have been compelled to create a permanent armaments industry of vast proportions. Added to this, three-and-a-half million men and women are directly engaged in the defense establishment. We annually spend on military security alone more than the net income of all United States corporations.

“Now this conjunction of an immense military establishment and a large arms industry is new in the American experience. The total influence – economic, political, even spiritual – is felt in every city, every statehouse, every office of the federal government. We recognize the imperative need for this development. Yet, we must not fail to comprehend its grave implications. Our toil, resources and livelihood are all involved. So is the very structure of our society.”

We have failed to heed Eisenhower’s words. In these times of unprecedented economic contraction, the defense budget remains untouchable. Year after year, it remains non-auditable, according to the Department of Defense’s (DOD) Office of Inspector General and the Government Accountability Office.

DOD does not know what it owns, where its inventory is located and how its annual budget is being spent. It is not accountable to Congress or taxpayers. See “Financial Management in the Department of Defense: No One is Accountable,” by Kwai Chan, published by Business Leaders for Sensible Priorities at truemajority.org/csba/chan_r2.pdf.

About three-fifths of the federal budget covers expenses that are written into law, including payment on the national debt, Medicaid, Medicare and Social Security. This is “mandatory” or “entitlement” spending.

In contrast to the $463 billion spent by the Pentagon bureaucracy, look at what is spent on federal programs that politicians describe as too expensive:

When presented with these facts, two-thirds of Americans would change these budget priorities and move money from defense and into programs that benefit communities and families. See Program on International Policy Attitudes online at pipa.org.

DOD officials say $60 billion can be trimmed from the Pentagon budget without putting troops at risk, weakening national defense or hurting the ability to fight terrorists. According to Dr. Lawrence Korb, who served as President Reagan’s assistant secretary of defense, the savings would come primarily from cutting obsolete Cold War weapons and excessive nuclear weapons from the defense budget. See truemajority.org/csba/korb_report_Finalb.pdf for more information.

Even after taking $60 billion from the Pentagon budget, the United States would spend almost as much on defense as does the rest of the world combined. We already spend more than triple the amount spent by Russia, China and the Axis of Evil combined.

Recently, Rep. Barney Frank called for an unheard of 25-percent reduction in the defense budget. It doesn’t have a chance. But isn’t it time to ask how the United States should spend money in an economic crisis, or what kind of nation we should be?

Most on Capitol Hill criticize and cut government social spending but refuse to even think about the DOD, where, as Mr. Frank says, “substantial budget reductions would have the doubly beneficial effect of cutting the deficit and diminishing expenditures that often do more harm than good.”

The Pentagon continues, with no debate, to spend billions to design and build Cold War-era weapons “that lack not only a current military need but even a plausible use in any foreseeable future.”

Other expenditures in the war on terror are money lost for good, in the rampant waste and fraud of occupied Iraq. Some $125 billion is unaccounted for in the “reconstruction” of Iraq, Patrick Cockburn reported recently in Counterpunch. Pallets of cash have just disappeared, with senior U.S. officials among the suspects, in what Cockburn calls “the biggest fraud in U.S. history.” And Iraq has not been reconstructed; most Iraqis don’t have running water, reliable electricity or decent sewage disposal.

The Obama administration is reportedly planning to propose a $14 billion increase – to $527 billion – in the Defense budget. Conservatives claim this is a cut because it is 10 percent less than the amount the Pentagon requested!

The United States accounted for 46 percent of the $1.2 trillion in world military expenditures in 2006 and 80 percent of the increase from 2005, according to globalissues.org. This brings to mind another famous Eisenhower speech, his 1953 “Cross of Iron” remarks to the American Society of Newspaper Editors, in which he warned that:

“Every gun that is made, every warship launched, every rocket fired signifies, in the final sense, a theft from those who hunger and are not fed, those who are cold and are not clothed.

“The cost of one modern heavy bomber is this: a modern brick school in more than 30 cities. It is two electric power plants, each serving a town of 60,000 population. It is two fine, fully equipped hospitals. It is some 50 miles of concrete highway. We pay for a single fighter with a half-million bushels of wheat. We pay for a single destroyer with new homes that could have housed more than 8,000 people. This, I repeat, is the best way of life to be found on the road the world has been taking. This is not a way of life at all, in any true sense. Under the cloud of threatening war, it is humanity hanging from a cross of iron.”

You can watch and read President Eisenhower’s Farewell Address on youtube.com and americanrhetoric.com.