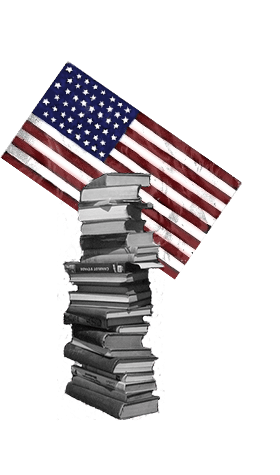 In response to discouraging test scores in civics among 12th-graders, the Center for Information and Research on Civic Learning and Engagement (CIRCLE) asked a group of more than 4,000 young people, ages 18 to 24, general knowledge questions about the political process, their civic education backgrounds and specific issues about the 2012 Election.

CIRCLE is part of Tisch College of Citizenship and Public Service at Tufts University. The January report yields a complex portrait of political knowledge in the young adult population. Most importantly, CIRCLE’s findings suggest a significant correlation between civic education as a student, and civic involvement as an adult.

The study found that young people were knowledgeable on some topics — more than three in four young voters correctly answered at least one question about a candidate’s position on an issue. They also matched or outperformed older adults on some questions about U.S. government structure. On other topics, such as government spending, the young adult population lacked knowledge, though older adult populations also struggled with the same questions.

Overall, about one quarter of young voters were poorly informed, and those who indicated they did not vote were generally uninformed. The study defined quality civic education as experiences within the classroom, such as discussing current events and conducting research on political issues. Young people who recalled these experiences were more likely to vote, to understand the political system and to become involved in the political process.

There were other important findings. There was no relation between civic education and political affiliation, and the degree of misinformation was equal among young Obama and Romney supporters, though young Romney supporters were more likely to disagree with their candidate on important issues.

This study is valuable. It discredits many of the unfair generalizations that older individuals make about the knowledge and activism of young people. It also dispels the myth that civic education is pushing students towards one political philosophy or another and makes the need for greater focus on civic education apparent.

The study has even more significant implications for educators and policy makers. It is a call to action. The connection between quality civic education and the development of healthy, engaged citizens is clear.

Political science courses are considered a luxury or an add-on. Civics is usually offered as an optional elective course, or an alternative to a history course. But given the benefits to students and society, civic education must take more precedence in the curriculum.

Informed voters and involved citizens are essential to a healthy democracy. We must make quality civic education widely accessible — even mandatory.

After all, these courses are practical and influence a student’s future. Perhaps even more then an advanced math class!

The CIRCLE report reinforces what we see everyday in our own communities — give students the tools to be good citizens, and they’ll be empowered to vote and contribute knowledgeably.

Selena West is an intern at the Office of the Community Lawyer in Winsted. She is a senior at The Gilbert School.