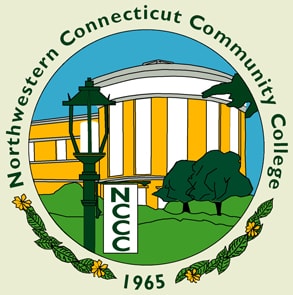 In 2011, Governor Dannel Malloy announced a sweeping plan to overhaul higher education to provide more resources for classroom teaching to help increase the number of students. The plan was supposed to empower the four state universities and 12 community colleges without closing or combining them and save taxpayers tens of millions of dollars over time.

A central state Board of Regents was created to distribute tax dollars to campuses on the basis of enrollment, attainment of goals and other factors. The governor said there should be more money and personnel directed to the colleges and less to administration because “…the campus is the main event where the teaching, instruction, student learning and degrees are awarded.”

But in reality, faculty is diminishing and administration is growing. Millions of dollars are spent on administrative salary increases and outside consultants while tuition increases and teachers are asked for concessions to help close the “system deficit.”

A $1.97 million contract to an out-of-state consultant to create academic “roadmaps” without faculty input and a $900,000 contract with a consultant to assess facilities has many people up in arms.

Then, last week, the Board of Regents made a surprise announcement to close the Meriden campus of Middlesex Community College. The state Senate reacted unanimously to stop the closing and stated that “… balancing the budget of the Regents system solely on the backs of vulnerable students will not be tolerated.”

Understandably, faculty and student unrest at the four regional universities and 12 community colleges is increasing, and faculty leaders are seeking a vote of no-confidence in Board of Regents president, Gregory Gray.

Legislators appear ready to protect the mission to educate and train state residents. To do this they must adequately fund Connecticut’s state and community colleges because the steady defunding of the colleges is the real issue.

At Northwestern Connecticut Community College (NCCC), the search committee to find the next president has been stalled and postponed. So much so that current president Barbara Douglass has decided to stay on until such time as her successor is appointed.

Whatever the scheme, residents of the Northwest Corner should object to the centralized, autocratic, secret, unaccountable actions of the Board of Regents and applaud the state legislature for stepping in, first, to stop the Meriden college closing and hopefully to disband the Board of Regents, which would free up millions of dollars in saved administrative overhead and restore regional control of the colleges.

Tell the governor to keep hands off NCCC by calling him at 860-566-4840. If the thought of losing our community college upsets you, contact state legislators Jay Case at 860-240-8700 or jay.case@housegop.ct.gov. Clark Chapin can be reached at 800-842-1421 or clark.chapin@cga.ct.gov. Both are fully supportive of NCCC and need to know that you are, too.