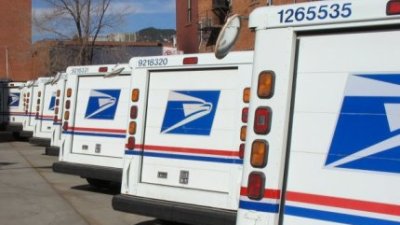 The United State Postal Service Office of Inspector General released a report in January on “Providing Non-Bank Financial Services for the Underserved.” About 68 million Americans have no checking or savings account. They use costly services like payday loans and check cashing exchanges that, in 2012 alone, cost them about $89 billion in interest and fees. This is about $2,412 per household or 10 percent of underserved households’ precious annual income.

The report states that “The Postal Service is well positioned to provide nonbank financial services to those whose needs are not being met by the traditional financial sector.”

Financial services are nothing new for the Postal Service. The agency has long provided money orders and international money transfers. It used to offer savings accounts, a service that ended in 1967 as banks gained a greater edge by offering higher interest rates. In the 1990s, the agency issued prepaid debit cards that never caught on with consumers.

But the market for financial products, especially reloadable, prepaid cards, has changed. The use of those cards has increased since the credit crisis that pushed millions of Americans outside of the traditional banking sector. The most recent data from Mercator Advisory Groups show that Americans loaded $192 billion onto prepaid cards in 2012, triple the amount in the preceding five years.

Retailers and big banks have latched on to the product, but the Postal Service’s network, with 32,000 locations, could give the agency an edge, according to the inspector general’s report because of the vast infrastructure of the U.S. Postal Service. Plus, fees are lower because Postal Service is not beholden to shareholders to maximize profits.

The report suggests another way the Postal Service could help itself and millions of people. Small-dollar lending makes loans available to people who have their paycheck directly deposited onto a Postal Service prepaid card. Consumers could borrow up to 50 percent of their paycheck at an effective annual interest rate of 28 percent, a fraction of the triple-digit interest rates that payday lenders typically charge.

The postal system was established in 1751 as a constitutionally established federally operated public service and is required by law to provide maximum level of service while remaining self-sufficient and fiscally sound. The law states that “No small post office shall be closed solely for operating at a deficit — it being the specific intent of Congress that the effective postal services be insured to residents of both urban and rural communities.

This is not the first postal panic. When the telegraph was introduced, people proclaimed the end of the postal service. Then the telephone came onto the scene and the post office was again proclaimed dead. There is no dispute that mail is reduced. But it is the manner in which we respond that makes the difference.

Meanwhile, the Postal Service is waiting for lawmakers to act on bipartisan legislation in the Senate to change the agency’s payments toward retirement benefits, which would significantly ease the Postal Service financial crisis. House Democrats and Republicans have failed to reach a consensus, leaving little hope that any significant changes will come this year, experts say.

More ideas and information can be found at www.savethepostoffice.com.

Highlights from the report

• One in four U.S. households lives at least partially outside the financial mainstream — without bank accounts or using costly payday lenders.

• The average underserved household spends $2,412 each year just on interest and fees for alternative financial services.

• Postal financial services can serve those who feel abandoned by major financial institutions. The Postal Service has an unmatched ability to reach consumers from diverse backgrounds.

• Financial services have been the single best new opportunity for posts to earn additional revenue. For the Postal Service, this could translate into $8.9 billion per year.