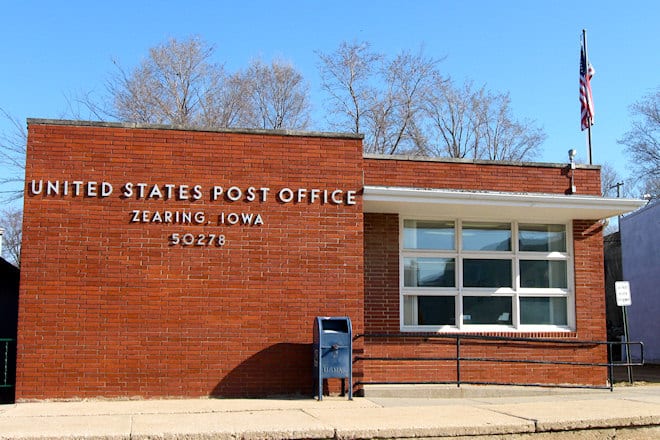 What does 45 cents buy today? Not a cup of coffee, not a pack of gum, not a newspaper. But for 45 cents you can mail a letter to anywhere in the U.S. and be assured that it will reach its destination in one to three days, most letters making it overnight. You also get return service if it cannot be delivered!

Every day, letter carriers traverse 4 million miles and carry 563 million pieces of mail. They use snowmobiles, bush planes, mail boats and mules into the Grand Canyon. A nationwide system that links all people and communities, without tax dollars.

Now, we face the postal panic of 2012. It is not the first such panic. When the telegraph was introduced, people said there was no use for the Postal Service. When the telephone came onto the scene, the post office was again proclaimed dead. There is no dispute that mail is reduced. But it is the manner in which we respond that makes the difference.

Some claim that the Postal Service is unprofitable. But no government agency is profitable. It is not the purpose of government to be so, and no one argues that the pentagon, FBI, FDA, FEMA, Park Service, etc. should be profitable.

The Postal Service is required by federal law to provide maximum level of service while remaining self-sufficient and fiscally sound but 39USC 101(b) states that “No small post office shall be closed solely for operating at a deficit — it being the specific intent of Congress that the effective postal services be insured to residents of both urban and rural communities.”

The movement of mail is such an essential public service that it is part of the Constitution, Article I, Section 8. The Postmaster General position was a cabinet post, part of the executive branch, not a for-profit business.

But in 1971, President Nixon changed the 196-year-old public service institution into a bottom-line, corporate form of governance. Most members of the 11-member board of governors (BOG) are proponents of privatizing the post office, so it can be eaten up by for-profit carriers. In other words, save the post office by demolishing it.

Adding insult to injury, Congress adopted the 2006 Postal Accountability and Enhancement Act. Among the many parts of this Act is the underlying killer of the post office. It is required to prefund future health benefits for its 572,000 existing and future employees for 75 years and it is required to do this by 2016. This is a $5 billion annual burden imposed on no other public or private entity. And it is killing the postal service.

The Postal Service inspector general recently wrote that the postal service retirement and health benefits funds are flush — $326 billion for future liabilities — and significantly exceed the amount the government and private corps have on hand for retiree pension and health care.

Let’s compare how other entities are prefunded in pension and health care benefits for employees:

The current Lieberman/Carper/Collins/Brown legislation proposes to end Saturday delivery, close hundreds of processing centers, increase stamp prices beyond inflation and allow for new business opportunities such as mailing prescription drugs and wine. Most of these proposals are anti-business and designed to lose further market share and destabilize the postal service.

Proponents of a healthy postal system and supportive businessmen suggest the following solutions:

Expand services and hours. Stop outsourcing to the postal service competitors such as Federal Express and UPS, which is 85 percent of express mail/package delivery.

Expand the store. The post office should be a one-stop shop for government services — fishing licenses, notary and other products.

Go digital. The post office should be an Internet hub. The countrywide postal service already has an Internet system in place. Fifty percent of rural Americans and 35 percent of all Americans have no broadband internet.

Convert the vehicle fleet to electric.

Limit salaries of top executives. The postmaster general and 38 executive officers earn private sector incomes. The postmaster general should be returned to a cabinet position, earning similar salaries and eliminate bonuses. BOG chair Thurgood Marshall II asserts the tired cliché that they have to pay more to attract talent (some talent — they are driving the post office into the ground!)

Consider establishing a postal savings system. From 1911 to 1966 the Postal Savings System existed to provide federally insured deposits in wake of banking uncertainty. The creation of the FDIC led to the end of postal banking. But it is relevant once again. It is better than predatory financial services — payday lenders, pawn shops, check cashing outlets, outrageous bank fees and sky-high required minimum deposits. It gets money out of hiding, and provides low-cost, convenient services. It also promotes immigrant savings — many countries continue to provide banking services in the national post offices.

Most important — release the postal service from the required $5 billion annual payment into a fund that is already flush with money.

May 15 is the end of the moratorium on closing post office branches around the country set by Congress.

Contact Sen. Lieberman to urge him to beef up the proposed 21st Century Postal Service Act (S.1789) and release the postal service from the $5 billion annual payment into a pension fund.