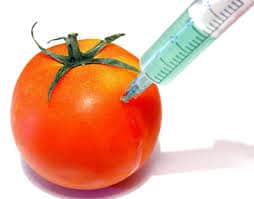 What’s a GMO? Just label it

For the past 20 years, independent researchers, farmers and consumers have criticized Monsanto science. Now the New York Times is joining the chorus. Mark Bittman, food columnist for the Times, dismantles the genetically modified organism (GMO) science in his April 2 column, “Why Do G.M.O.’s Need Protection?”

He leads with, “Genetic engineering in agriculture has disappointed many people who had hopes for it.”

Bittman explains: “…genetic engineering…, in which a gene, usually from another species of plant, bacterium or animal, is inserted into a plant in the hope of positively changing its nature — has been disappointing.”

Monsanto’s Roundup genetically engineered seeds contain its own herbicide to control weeds but super weeds have developed resistance to this herbicide. Scientists and others are not surprised by the weeds’ ability to adapt. But the concern is that the vast majority of soybeans and corn is from Roundup Ready seed and it is these crops, so crucial to the food supply, that will become increasingly vulnerable to the super weeds.

Just as weeds developed resistance to the herbicide, insects that were supposed to be controlled by the toxin engineered into Monsanto’s seeds are also resisting and surviving, making the crop supply vulnerable.

Consumers are growing more cautious of GMO foods. The fastest-growing category in the grocery store is products labeled GMO-free. The organic food industry grew 7.7 percent in 2010 and the organic industry is creating jobs at four times the national rate.

Soybeans, corn, cotton, canola, zucchini, summer squash and sugar beets are high-risk of being GMO. Dairy and animal products also expose consumers to GMO crops because animals are fed a corn and grain diet. About 70 to 80 percent of processed foods sold in the U.S. are made with genetically engineered ingredients.

Agribusiness giant Monsanto has been one of the most vocal opponents of GMO labeling and has spent millions of dollars fighting labeling proposals because of the impact to the company’s earnings and stock price.

The failure and the fraud that lies behind Monsanto’s scheme is being exposed. The revelations will indict Monsanto, its government partners, the FDA and the USDA and the scientists who falsified and hid data. The human health hazards and destruction caused by GMOs will take center stage.

The Connecticut General Assembly is considering a GMO labeling law in House Bills 6527 and 6519. This would let us decide whether to consume genetically engineered products.