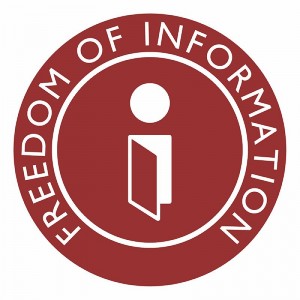 Happy Birthday Freedom of Information- The Back Story

Forty-five years ago on July 4, 1966, Lyndon Johnson signed the landmark Freedom of Information Act at his Texas ranch. But the event does not appear on LBJ’s Daily Diary, which is the first indication that the President was not happy about it.

Documents from the LBJ Library show that the usually outgoing President, who loved handing out pens at bill signings, refused to hold a formal ceremony for the FOIA, removed strong openness language from the press statement, and only agreed to approve the bill after the Justice Department suggested that he issue a signing statement to limit the law.

The back story on LBJ’s grudging approval highlights the government’s resistance to scrutiny. It also reveals historic tidbits about then-congressman Donald Rumsfeld as a FOIA champion and then-White House aide Bill Moyers as a FOIA opponent, at least in the beginning.

A Democratic congressman from Sacramento, California, John Moss, was the champion of Freedom of Information laws. Beginning in 1955, supported by extensive press coverage and lobbying by newspaper editors, Moss led hearings that documented and denounced excessive government secrecy. But while Eisenhower was president, Moss could not find a Republican co-sponsor for his openness reforms.

Republicans got interested during the Kennedy and Johnson presidencies. As a young Republican congressman from Illinois, Rumsfeld signed up as a co-sponsor of the freedom of information law, and denounced what he called the Johnson administration’s “continuing tendency toward managed news and suppression of public information that the people are entitled to have.” (Later, White House chief of staff Rumsfeld, and his deputy Richard Cheney, would lead President Ford’s effort to veto the 1976 amendments to the FOIA – they failed).

LBJ stalled Moss’s bill throughout 1965. The 27 federal agencies that testified, opposed the bill. An August 1965 Bureau of the Budget memo noted that, “The requirement that information be made available to all and sundry, including the idly curious, could create serious practical problems for the agencies.” In the margin Moyers scribbled “True!” and on the cover note he wrote: “I agree with BOB’s objections and believe we should continue to oppose the legislation.”

But by the spring of 1966, the Senate had passed its own version of Moss’s legislation. LBJ’s press secretary Moyers was aware of the unanimous support from journalists. White House counsel Milton Semer connected Moss with Moyers, and suggested to Moyers that he “exploit the fact that the President is under pressure from the bureaucracy to veto,” as a way of arguing that the bill would actually help the President bring the “permanent bureaucratic interest” more under control.

By June 1966, White House documents show Moyers lobbying in favor of the legislation, advising the newspaper editors what kind of editorials would have the most impact, and forwarding quotes to White House staff from previous Johnson speeches about the perils of secrecy and the virtues of openness.

The House passed the bill on June 20, 1966 – 307 to zero. But LBJ’s mixed feelings showed – he personally handwrote “No ceremony” across the bottom of a memo regarding a proposed signing event with leading news editors and legislators.

The last drama of the Freedom of Information signing saga was over the President’s public statement. Moyers had included several ringing phrases, such as “I signed this measure with a deep sense of pride that the United States is an open society in which the decisions and policies – as well as the mistakes – of public officials are always subjected to the scrutiny and judgment of the people.” This version went out to the press corps but was withdrawn after a phone call between LBJ and Moyers on the morning of July 4. In the files is Moyers’ draft with LBJ’s edits and a copy of the statement that was given to the press, which deleted the clause about decisions and policies and mistakes.

Moyers later remarked that LBJ’s language was “almost lyrical – ‘With a deep sense of pride that the United States is an open society in which the people’s right to know is cherished and guarded.’… But LBJ had to be dragged kicking and screaming to the signing…He hated the very idea of the Freedom of Information Act; hated the thought of journalists rummaging in government closets and opening government files; hated them challenging the official view of reality. He dug in his heels and even threatened to veto the bill after it reached the White House. But He relented and signed ‘the damned thing,’ as he called it.”

Today the United States government answers more than four million FOI requests a year. In 1966, the U.S. law was the third in world history, after Sweden and Finland; but today, more than 70 other countries have enacted similar laws that open access to government information.