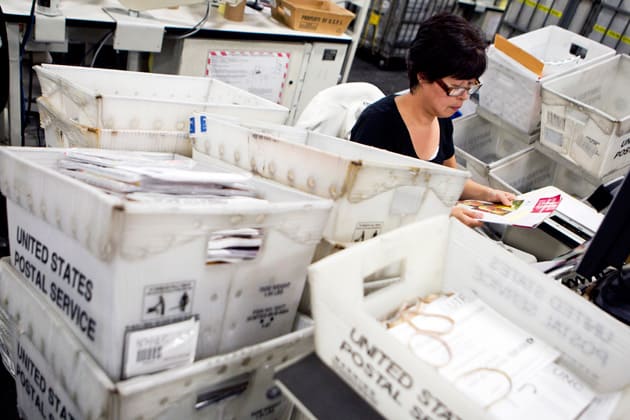 The fate of the United States Postal Service has taken yet another twist, just one in a series of maneuvers in recent months, as both Congress and the USPS have been trying to address the self-created fiscal crisis. This financial struggle was, and remains, avoidable. The 2006 Postal Accountability and Enhancement Act burdened the USPS with the obligation to 100% prefund the health and pension benefits of all of its current and future retirees for the next 75 years, with a deadline to do so by 2016. No other governmental or private employer has this burden.  And it has taken its toll, amounting to a $5 billion annual charge.

The new POStPlan (short for “Post Office Structure Plan”), released by the USPS, is the follow-up to the Retail Access Optimization Initiative (RAOI) — the plan to close 3,650 post offices — that was on the table until several weeks ago.  That plan could have shuttered 3,000 post offices.  The POStPlan will half-shutter 13,000 post offices by drastically reducing hours and staffing.

The POStPlan, while temporarily easing some worries about immediate post office closures, is ultimately another counterproductive measure that will pave the way for future post office closings.

Other major provisions of the POStPlan include:

The immediate review of approximately 17,728 post offices, totaling more than half of the country’s 32,000 offices;

The replacement of the current postmasters at “Remotely Managed Post Offices” (roughly 9,000 to 9,500 employees) with part-time, untrained employees;

The reduction in service hours of the 13,000 “Remotely Managed Post Offices,” to six, four, or two hours daily.

The purported aim of the POStPlan is to financially rescue the USPS but the practical effect of these changes will undermine it. Fewer service hours and qualified staff in these post offices will decrease customer demand and revenue.  This scheme is a thinly-veiled justification for closing many of these post offices in the future, when many will certainly, and unsurprisingly, show decreased performance.

The recently adopted Senate bill “21st Century Postal Service Act” offered perhaps the best chance to save the Postal Service – an $11 billion refund to the USPS for overpayments to the federal retirement fund, lowering the prefunding of retiree health benefits to 80% and extending the deadline from 2016 to 2052.   But the House will not vote on it.

The USPS and its Board of Governors are slowly but surely dismantling the Postal Service from within. They continue to diminish service standards, making the agency less accessible and paving the way for future office closures. Under the guise of cost-cutting and fiscal responsibility – a massive burden imposed on the agency primarily because of the $5 billion annual employee health benefit prefunding required by the 2006 Postal Accountability and Enhancement Act – the USPS is shirking its responsibilities and diminishing its reputation and intrinsic value as a Constitutionally-guaranteed agency available to all citizens.

Please contact your Congressmen and urge them to consider and promote legislation that would free the USPS from its colossal annual employee health benefits prefunding payment.

The President is responsible for appointing the members of the USPS Board of Governors. Contact the White House and urge the President to appoint governors who are dedicated to preserving the integrity of our national postal service, not privatizing it.

www.savethepostoffice.com has more ideas and information.

Sam Reynolds is an intern with the Office of the Community Lawyer.  He is from Canton and is a Junior at Wake Forest University in North Carolina.